What is Localhost? Explained for Beginners

Xogside – There are so many technical jargons that are commonly used while discussing networking, server management, and data transfer. One can easily get confused.

One such term is “localhost”. If you are also confused and scratching your head, thinking what exactly is localhost, stick tight as we will be discussing the same in detail.

The internet is a large network that works on a certain set of parameters and rules. It takes a lot of bandwidth perse to transfer, view, and upload any information on the internet.

You must have come across terms like localhost, local machine, home machine, or patterns like 127.0.0.1. The important question is, what is localhost, and what does it really do?

[num 1] What Exactly is localhost?

Let us try to explain the same using an example. Let’s say you are trying to connect to https://mythemeshop.com. It is a domain name which is located at a certain IP address. We usually connect to websites using their domain names (like mythemeshop) instead of their IP address due to the obvious reason – domain names are easier to remember as compared to an IP address like 192.0.2.1. When you are trying to connect to 127.0.0.1, it will always connect to your own system, or let’s say your own PC. In short, localhost is your own computer that has a default IP address of 127.0.0.1. You try to connect to 127.0.0.1 on any PC or computer, that will connect you to the same computer. Localhost is the server that is used by your own computer. The term is majorly used in the context of networking.

[num 2] What is localhost used For?

As you know that it takes a certain bandwidth to communicate on the internet. Localhost was primarily created so that developers, network engineers could test things on their own local system first before taking it live on the main server or the internet. Let’s say we at My Theme Shop want to test out a new design for our website. Before going live, we want to make sure that all the functionalities in the new design work absolutely fine. For eg: the payment gateway, file download, content structure work absolutely fine after we implement the new design. Though, before directly taking the new theme design live on the website, we would first want to test all the functionalities. In order to test the same, we can use the localhost, i.e. create our own computer as a server, test the functionalities of the new theme. Once we test all the functionalities, we can then take the theme live on our website. This would help us transition from our old design to a new design seamlessly without breaking any functionality on the website. If you want to get into deep info, here’s are some more knowledge bombs! 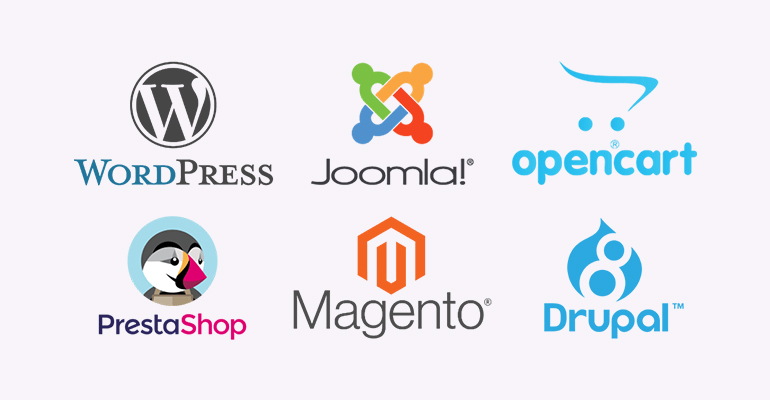 Localhost on computer networks, as a standard, is an officially reserved domain name for private IP addresses. The host is our website domain name (for example, abc.com), and its IP address is depicted by a pattern of four numbers from 0 to 255 each. If you try to switch to the localhost in browsers installed on different computers, you will get different results everywhere. For e.g., let’s say you have four computers. You try accessing localhost on all these four systems individually. All of them will produce different results. Why does it happen? It seems that we are accessing the same internet resource, but the result may be different each time. This is because the localhost is, in fact, truly a type of loopback address that refers to the local device only. When you are referring to the localhost on a given computer, you are accessing the same computer on which you are currently working. On the internet, it is so organized that the IP address 127.0.0.1 is not registered anywhere, and the same could not be taken up by any website or domain name on the web. There is a unique range of IP addresses that start at 127. They do not exist on the WWW at all. These are individual addresses that are created only on Local Area Networks.

[num 3] How do I find my localhost Address?

On any computer network, the term localhost refers to the computer on which the program is running. The computer acts as a virtual server. Basically, here, the computer is not a physical object, but a system that works virtually. Consider the location “localhost” as a way to “call” your computer. So if you want to find your localhost address, just enter the IP address for it — this must be entered on the same computer from which the request is made. Using the address 127.0.0.1 allows you to establish a connection and transmit information for server programs running on the same computer as the client program, regardless of the hardware configuration of the computer’s network. The good part is, you do not need a network card, modem, or other communication equipment for this. The interface is implemented using the pseudo-device driver in the kernel of the operating system.

What is 127.0.0.1? 127.0.0.1 is the commonly used loopback address. It contains a block of over sixteen million IP addresses that are explicitly used for the loopback functionality. A loopback address allows your computer to exchange data with itself using network connection protocols. In a broad sense, a loopback address depicts a virtual network device that creates a network connection with only one endpoint, which means that it starts and ends on the same device i.e., on your computer. What does the term localhost mean? Localhost describes the communication port that connects to the source server. It allows the network connection to loop into itself, allowing you to emulate network connections when such a network is absent or inaccessible. In practice, the word localhost is considered synonymous with 127.0.0.1 for use and discussion. However, it is important to remember that both are not strictly identical. On a system configured to default standards, the localhost in the URL is converted to 127.0.0.1 in IPv4 or to the loopback mechanism ::1 for IPv6. However, there are many more loopback addresses than just these two that you can use for local hosting. The block of IPs reserved for loopback addresses ranges from 127.0.0.0 to 127.255.255.255. So what’s the difference? On most machines, localhost and 127.0.0.1 are functionally identical. But the word localhost is a label for the IP address, not the address itself. It can be routed to any IP address, even one outside the reserved address block. If you are switching from Windows to a Unix/Linux system, you may notice that loopback is almost synonymous with localhost. You can use the hosts file to redirect the loopback to 127.0.0.1. To sum it up, using localhost is just an alternative way to access 127.0.0.1. We can say that the two terms are synonyms. Also, here is a range of IP addresses that are designated to create local area networks: 127.0.0.1 – 127.255.255.255

[num 5] What are localhost and port?

To understand the same, we first need to understand what ports are? On any computer (or host or webserver), several different programs can be executed simultaneously. The different port numbers are used in the TCP/IP protocol (or Internet Protocol) to address a specific program where everyone has the same address. If the computer is running, for example, an HTTP server (web server, for example, Nginx or Apache), it listens on port 80. If it is not running, nothing is listening on port 80, and if you turn to the localhost at port 80, no answer will come. The host itself will be available, but it would not respond. For various server programs, it is customary to use well-known port numbers. However, many common web applications do not even indicate the port number at times because the client automatically uses the default port number i.e., port 80. But, in principle, any service can be configured and used on any port. The only thing that cannot be done is to use different servers on the same port at the same time.

As a network administrator, you must ensure that all equipment and TCP / IP protocols are working fine. You can perform a connection check by sending a ping request to the localhost. The test will show if everything is working fine or not. This will also help you rectify any problem.

When building a web application or any program that requires an internet connection, linking to the localhost address serves a great purpose for the developers. As we discussed above, our operating system becomes a simulated server. Thus, we can upload the necessary program files to the server (that is, the local OS) and check its performance and test various functionalities of our application before taking it live on the actual server, which could be accessed by the wider audience.

You can use the localhost for blocking websites you don’t want others to access. The loopback address interface is useful for preventing malicious websites and any other unwanted content from being accessed.

This was truly a detailed post for understanding localhost and how you can use the same for your benefit. Though, if you are not much into networking, you may just want to know that localhost signifies your own computer, which you can access using your web browser. Do share your views in the comments section below. We would be happy to resolve your queries.
What is Localhost? Explained for Beginners

BEST SEO TOOLS THAT SEO EXPERTS ACTUALLY USE IN 2022

January 10, 2022
ABOUT US
Latest articles with the biggest stories from news, politics, and everything else in between. - www.xogside.com-
Contact us: admin@xogside.com
FOLLOW US
© Xogside Media 2021, All Rights Reserved | Designed by Xogside Group
MORE STORIES
SOMALILAND NEWS